The Skin I’m In

Those of you who follow my writing know that I am a pretty open book. There isn’t much I keep to myself about my struggles with alcoholism, with self-harm, with anxiety, with depression. However, there is one struggle that I don’t often address. But because I’ve been working on getting back to writing for me, as well as writing about topics that are hard, I want to talk about this one today:

My relationship with my body.

I’m not entirely sure why I’ve shied away from writing about this in the past. Maybe it’s because for a long time I was ashamed of the body I had. Then I was indifferent. Then I was ashamed again. And now I’m not sure what I am — but it’s a relationship I’m working on daily. In order to understand why I struggle with this, I’ve had to go backwards.

Throughout middle and high school, I thought of myself as the fat friend. I realize now, when I see photos, that this was ridiculous. At 5’5” I weighed about 130 pounds. But I had an athletic build, and I struggled with that. Years of soccer built my thighs to be thick and I always despised them. The problem was that I wanted to be petite, feminine and sexy. I did not want to be powerful, strong and muscular.

I wasn’t always kind to my body at this time in my life. In middle school and early high school, I was in an unhealthy, back and forth relationship, and my emotions were dictated by it. There was a period of time where I would cut myself to cope. Though it was never deeply and never in a suicidal way, it still happened and I still carry a sense of shame about it. I don’t know what I thought cutting would accomplish, but it must have accomplished something because I found it to be an outlet.

There was also something else, something I didn’t even remember until recently. On some occasions, when I was hysterical, I would make myself throw up. I’d work myself into such a frenzy that I’d begin to feel sick, and the only way to make it subside was to stick my finger down my throat. This didn’t happen often, and I don’t think it had to do with my relationship with food, or because I thought I was fat. But it still wasn’t OK. It still wasn’t normal.

For the last few years of high school, I found peace with my body. I wouldn’t say I loved it or even liked it. But it was mine and I’d realized there was only so much I could change. I still saw myself as being bigger than my friends, but it was a way of thinking that I was used to at that point.

This is the chapter where rugby and drinking entered my life. Both had effects on my body. Rugby kept me somewhat in shape, but it also often left me covered in bruises. After drinking was added into the equation, I’d often be covered in even more bruises, with no recollection of how I’d gotten them.

My relationship with alcohol also lead to a steady weight gain throughout my freshman and sophomore year at St. Ben’s. The calories from alcohol alone surely had something to do with it, but it was fueled by the fact that when I was drunk, I would eat. My go-to’s were chips and salsa, or Gary’s pizza. Sometimes I’d even manage to eat an entire medium pizza on my own.

I knew I was gaining weight, but it wasn’t something I wanted to dwell on. When I’d be getting ready for a night out and feeling down on myself about my body, I’d just drink. I found that soon enough, when the buzz set it, I wouldn’t give a shit what I was wearing or how it looked. All I’d care about was how I felt — and with alcohol in my system, I usually felt good.

There were also a few instances in college where self-harm made its way back into my life. This was fueled by alcohol. But does it really matter why it happened? The bottom line is that cutting your own skin is not a healthy coping mechanism, regardless of what substances are or are not in your body. I wasn’t kind to my body, so why would I expect myself to love it?

To be honest, I treated my body so poorly over these two years that I’m surprised it even responded when I started taking care of it again. But it did. When I got sober, I quickly shed the weight that I had gained while drinking. My skin regaining its normal coloring, and I began to look less bloated. Bruises stopped mysteriously appearing. I started to put healthy food into my body. And for a few years, my body and I were friends again.

Then I graduated and entered Real Life.

Upon entering Real Life and getting a Real Job, I found that it was difficult to make time to work out. Without rugby, I had no motivation to stay in shape. I went to the gym in spurts, but I never really did anything productive. I think it just made me feel better to say I was going to the gym.

In the year following graduation, I put on weight. At one point, I weighed 180 pounds. I bought my clothes in an extra-large, hiding behind the baggy shirts. I felt embarrassed if Brandon saw me naked. I cringed when I saw photos of myself. I didn’t like who I was at that point, so I didn’t understand why anyone else would like me either.

Logically, I knew I was so much more than my weight and what I saw in the mirror. But it didn’t matter. What I saw in the mirror dictated my mood and my self-image. Thankfully, I never resorted to drinking or self-harm to deal with these emotions. But what I did do was bury them, telling myself that if I acted happy and confident, no one would notice that I felt the opposite.

The thing is, when you bury feelings over and over, you eventually overflow. And that happened one night in June. I was talking to a friend, someone who had been on her own fitness and weight-loss journey. I told her everything about how I despised the person I saw in the mirror and how I wanted to change my life but I was scared. She told me to write down 10 reasons I wanted to change my life and then 10 reasons why it scared me. So I did, sobbing as I wrote those reasons. I showed her them, then I closed the notebook and put it in my nightstand.

And then…I did nothing. For the next six months, I didn’t change my life. I didn’t know how. I was afraid I would fail if I tried. So I just kept going the way I had been.

But one day in November, I apparently decided I’d had enough. I say “apparently” because I don’t remember what even spurred me to make a change. I just woke up one day and I decided that I was going to do something about the way I felt and the way I looked. The following day I walked into Crossfit Repo. Though I didn’t know it at the time, I was starting a journey of self-discovery.

My relationship with my body is a work in progress. I won’t deny that. Over the past four months, I have lost nearly 30 pounds — but I still struggle to be proud of myself or to see myself how others do. I find myself downplaying my successes. There are days I catch a glimpse of myself in a mirror or see a photo and I have to do a double-take because how I appear there is so different than how I appear in my mind — that’s how truly warped my self-image still is at times.

I don’t know where this journey is going to take me. I don’t know how I’ll feel about myself tomorrow, or next year, or in five years. I don’t know what my body is going to look like or feel like in the next phase of life. But I’m realizing I don’t need to know that. I need to focus on today and do what I can each day to repair this relationship with my body. No matter how unkind I’ve been to it in the past, it’s still here. It always will be. And it’s about time I learn to embrace it. 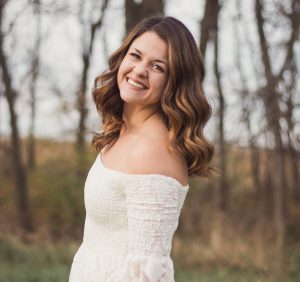 All Posts
Scroll to Top